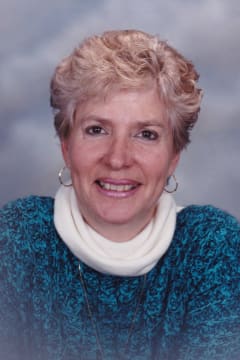 Bobbie passed away after a 13-year battle with metastasized breast cancer. Bobbie is survived by her husband Steve, her sister Linda, her brothers Rick and Rob, her half-brother Rory, her sister-in-law Jerrie, her brother-in-law Richard, and her “like-a-daughter” Wendy. We and all her friends will miss her greatly.

Bobbie was born in San Francisco and lived both on the Peninsula and in the East Bay. She moved to Livermore in 1995. She was the oldest girl in a family of three sisters and four brothers. She was married and had a son at age 19. Life threw a lot at Bobbie. She was the ultimate fighter. She had survived three types of cancer as well as their treatments, a broken back, a rebuilt neck, the loss of one sister and two brothers, the loss of her first husband, and the loss of her son. She was still the most upbeat person you could meet. Bobbie remarried at age 55. Bobbie was a loving wife, mother, sister, and friend, and a mentor to many. Her amazing zest for life was inspiring. Everyone she met became a friend, with many becoming lifelong friends. She loved to travel and tend to her yard and garden. Her beautiful yard and garden were safe haven for all animals including gatherings of birds. She was always an animal lover. She had to go to the zoo in every city she visited. Bobbie always had at least one dog, and for 15 years she and her second husband had competition show dogs. They also volunteered with their dogs at the Livermore VA Alzheimer Unit.

A celebration of life will be held in early October in Livermore. In lieu of flowers the family asks that donations be made in her memory to; Hospice East Bay or the Susan G. Komen Breast Cancer Foundation.