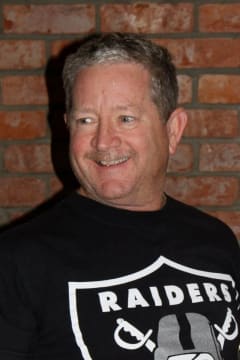 Edward Lee Weems left this Earth and went to meet his Lord and Savior Jesus Christ on January 15th, 2022. His passing was unexpected.

He was preceded in death by his father Deloyd Orton Weems, his father-in-law Robert Joseph Fraga, his mother-in-law Sandra Darlene Fraga (Schommer), his brother-in-law Joseph Howard Gordon, and his nephew Timothy Corcoran.

Edward was born in Alameda, California, the third of seven children to Marlette and Deloyd Weems. He was raised in and remained a lifelong resident of Fremont. He attended primary and middle school at Mattos Elementary and Prince of Peace Lutheran respectively. He graduated from Washington High School in 1973. He graduated with a bachelor's degree from California State University Hayward (East Bay) in 1978.

His first professional job was for the Defense Contract Audit Agency. He went on to become a senior financial analyst for BAE Systems (United Defense) (FMC). His career with the company spanned 32 years. After retirement, he enjoyed part-time work for the Fremont Unified School District. This job brought him joy as he was able to work side-by-side with his best friend Steve Vandenbusch. He also worked part-time as a vehicle transporter for Coach Automotive Restyling - a position that combined three of his loves: music, driving and traveling. This work took him all over the Bay Area.

Ed was extremely active in his church life at Prince of Peace as an Elder and member of Church Council. He led countless bible studies, a men's group, taught Sunday school and Confirmation classes. He worked as a greeter and counter of offerings, was a member of the shepherding team, and read countless scripture readings in church. He also worked dutifully after every soup supper to wash dishes, wearing his yellow rubber gloves and a smile.

Ed was an avid golfer and loved to compete with family and friends. He spent many years enjoying family and recreational activities at Pine Mountain Lake (Groveland) and Arnold, including fishing, snow skiing, water skiing, and sailing.

He and his wife enjoyed years of competitive racquetball at Schoeber´s Athletic Club in Fremont, where Ed excelled as one of the best players of the club. Before having kids, they also spent time together attending live concerts all over the Bay Area. Ed enjoyed participating in his wife´s “test kitchen” for her many culinary creations and fashionable endeavors.

Ed volunteered as a Little League Coach for all of his sons, and when one of his grandchildren took up the sport, he never missed a game. Ed loved to spend time with his wife, children and grandchildren, and he dedicated almost his entire camera roll to images of his five grandchildren.

He took great joy in vacationing at Palm Desert and Hawaii, playing frisbee and walking the shoreline at Santa Cruz. Ed was a lifelong Oakland Raider and Athletics fan, attending games as a season ticket holder with an enthusiasm for pre-game tailgating. He had a certain zest for chopping wood and building fires, and he was a sleuth with word puzzles. He especially enjoyed the game of Cribbage.

He was an early riser and started each morning with the daily news, his Bible and a cup of coffee. Ed was very proud of his garden and spent a considerable amount of time perfecting it. He thoroughly enjoyed a good downpour of rain, a beautiful sunset, or a crystal clear night with views of distant planets.

Ed took pleasure in hiking, especially in Yosemite, and passed much of his time outdoors in the sun. Music being one of his lifelong passions, he amassed a huge collection of records, which he diligently recorded onto hundreds of cassette tapes.

Ed was generous with his time and was always available to lend a hand to anyone in need.

He will be forever missed by all who knew and loved him.

John 8:12 “I am the light of the world. Whoever follows me will never walk in darkness, but will have the light of life."

A celebration of Ed's life will be held on Saturday, March 5th, 11am at Prince of Peace Lutheran Church in Fremont, 38451 Fremont Blvd.