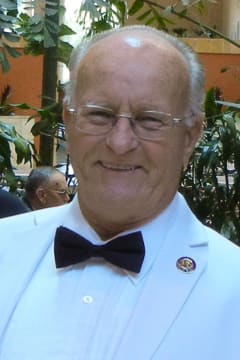 He was born in St. Louis, Missouri on March 30, 1938 to parents Archibald and Marie Hepburn, the 2nd youngest of seven with 3 brothers and 3 sisters. Frank relocated to Oakland, CA in his youth and would attend St. Elizabeth High School entering military service at the age of 17 where he would complete his high school levels during service. Following deployments on the USS Lexington and USS Oriskany as an Aviation Structural Mechanic, he was honorably discharged in 1959. Frank began working as a painter of passenger cars and trucks with Ford Motor Company in Milpitas, CA in 1968 relocating his family to San Jose in 1970. He remained working at the plant until its closure in 1983 transferring to Hazelwood, MO where he would take early retirement in 1986 after 17 1/2 years. Returning to San Jose, Frank attended San Jose City College and worked as a sheet metal fabricator until 1989, where he began working for the City of San Jose as a maintenance mechanic and painter for the San Jose McEnery Convention Center, Civic Auditorium and Center for the Performing Arts. He would retire from the city in 2003 after 14 1/4 years.

Frank loved to play golf, bowl, ballroom dance and garden in his spare time. He had the ability to make and repair just about anything he worked on. Frank often was the chauffer for his family and friends and it was a familiar sight to see Frank pull up with his beloved Mercury Villager ready to transport people to social events, doctor appointments, care checks and food runs going great distances to help someone in need.

Visitation will be held on Thursday, August 18, 4:00pm - 8:00pm with Prayer Service at 6:30pm, at Fremont Chapel of the Roses, 1940 Peralta Blvd., Fremont. A Mass of Christian Burial will be celebrated on Friday, August 19, 10:30am at St. Victor Catholic Church in San Jose. The Rite of Committal will follow at Holy Sepulchre Cemetery in Hayward.