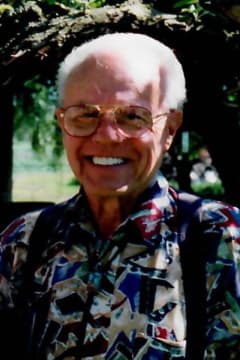 Richard, longtime resident of the Bay Area, passed away on October 26, 2022 at the age of 96. He is survived by his daughter Gail. He was preceded in death by his wife May, son Jim and daughter Susan.

Richard was born in Brooklyn, N.Y. to Sidney and Verna Peerless. The family lived in San Lorenzo and Fremont for many years. Richard and May moved to Saratoga for the remainder of their retirement years around 2004. Richard served in the U.S. Navy (final years at Alameda Naval Air Station) during World War II.