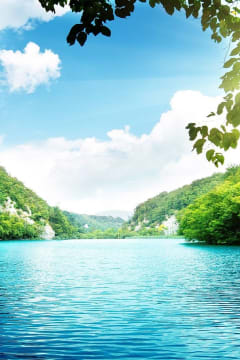 It is a daunting task that I face, to encapsulate a life so splendorous, a personality so multi-faceted, that I am confident that there are no aspects that can be dropped in a write-up in the interest of brevity without a grave distortion to the essence of the man.

He was academically precocious, winning a gold medal in mathematics in the annual joint all south Indian school tournament. Spurred on by his love of Math, he later on opted for a career in communication engineering, beginning with telephones and subsequently setting up microwave dishes all over north India and ending up working with satellites. Among his accomplishments were being honored with Fellowship of I.E.E (U.K) and Fellowship of the I.E.E.E(U.S) in the field of telecommunication.

His family was distressingly poor; he lost his father at the age of 13. Soon after, a kindly monk got him admitted to the Ramakrishna Mission student's Home. This made a decisive impact, Already a spiritual aspirant, it turned him into a devoted follower of Sri Ramakrishna's enlightened path.

This staid description does not convey the explosive power of the man. The passionate intensity he brought to everything he did.

Every day of his life he practiced yoga; he loved instructing yoga to whoever showed interest.

Just before he joined college, he fell victim to an endemic affliction called filaria swelling up both his legs. He has never allowed this dreadful condition to hold him back. He never showed self-pity. Nothing shows the sturdy nature of his character than his endurance of this handicap.

In college he discovered soccer. He was selected captain of the team. He retained a love of the game all his life. Despite the pain from his legs he didn't drop out of playing. During the World Cup games, he'd draw brilliant passes and goals and send them to me with detailed comments.

He was a very involved dad, guiding us academically. No matter the subject, we knew father would be knowledgeable.

He'd share inspiring tales from the lives of giants of the intellectual world, the sporting world, and India's endless list of saints and sages. His own life was as inspiring as any of them.

No account of this man would be complete without his love of music. His knowledge of Carnatic music was encyclopedic, his enjoyment intense. Later in life no budding musician would cross his path without counsel, encouragement and tangible help.

His love of life and music spilled over into everything he did. When he felt enthusiastic, our house would ring to the rafters with his high notes.

I hope I convey the picture of a well-rounded man, of a man who pursued development of body, culture, intellect, the arts, and everything in life with gusto. He was a warmhearted man, interested in helping people, in optimizing their potential. I am overwhelmed by countless expressions of gratitude from various people who were inspired by him.

I feel confident that for the people who were lucky enough to get to know him, this word picture is totally inadequate.