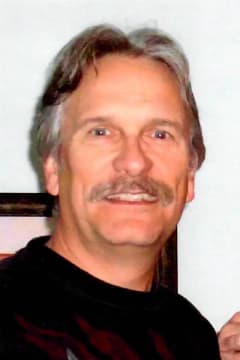 Thomas Keith Plovanic, 71, of Las Vegas Nevada, died unexpectedly on Thursday September 8th, 2022, in Bakersfield, California. He was born on March 28th, 1951, in Lewistown, Montana, to Richard and Helyn Plovanic. He attended his primary school years in Lewistown, Montana, and graduated from Fergus County High School. He then attended College at Lewis-Clark State, in Lewiston, Idaho, and The University of Idaho, in Moscow Idaho, where he studied English and Psychology. After college, he worked various jobs, including delivery, Sales, warehouse work, and truck driving, before becoming a Union Ironworker in the 80’s, and later, a Senior Project Manager until his time of death. He managed many projects in his construction career, including helping rebuild after Hurricane Katrina in New Orleans, constructing the largest Gold and Copper Mine project in the world in the Gobi Desert of Southern Mongolia, and Constructing a Copper Mine and Processing Plant in the Andes Mountains of South America, Copiapo, Chile, just to name a few.

Tom loved the outdoors, camping, hunting, and fishing with his son, and had an intense love of music and collecting guitars. In 1966, when he was just 15 years old, Tom, his brother Jerry, and two other friends formed a band called “The Mystics,” and later, another band called “Foggy Notions,” where he played lead guitar. They played Sock hops every weekend at the Eagles Lodge or Civic Center in Montana. There was never a weekend they didn’t pack the place.

Tom moved to Lewiston, Idaho, and later married and had two children, Tracey and Brian. He made many friends throughout his life and will always be remembered for his signature dance moves, and his great sense of humor. He will be greatly missed by all who came to know him and will never be forgotten.

Tom is survived by his two children, Tracey (Scot) and Brian (Veronica), three grandchildren, Jessica (William), Zackery (Jenn), and Alisha (Martin). He also is survived by four step-grandchildren, Clairyssa, Raymond, Justin, and Nikoli, all from California, Juliana Ho of Canada, and Nieces, Jody and Shannon Plovanic of Montana.