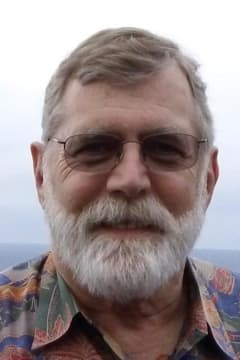 William Armstrong Stanley, aged 79, passed away at his home on Saturday, August 20, 2022 after a long courageous battle with lung cancer. He was a wonderful, loving and devoted father, husband, grandfather, brother, uncle and friend.

His life began in Maryland, October 1942 where his two older sisters were delighted to have a baby brother. The family moved to Pittsburgh, PA shortly after, and this is where he spent his childhood. He graduated from Baldwin High School in 1960.

After high school, he moved to Colorado Springs, CO where he went uninvited to an audition for the US Air Force Norad Band. They were unaware he was not on the list and let him try out. He was an accomplished musician and could play every instrument proficiently with the exception of the oboe. Needless to say, he got in. He played the tuba and toured all over America. The Norad Band performed for President Kennedy, played at the Hollywood Bowl and Carnegie Hall, released countless records and was on the Tonight Show. It was a prestigious honor to be a part of such an acclaimed and honored band. He stayed in the Air Force for almost four years.

During his time in Colorado Springs, he met the love of his life, his wife of 56 years, Joan. After getting married in 1965, they lived in married student housing at Colorado State College. He received his BA in Education in 1967, and a MA in Education the next year in 1968 from Colorado State. They moved to California in search of high paying jobs. They settled in Fremont where he received his pupil/personnel services counseling credential in 1978 and administration credential in 1981. He worked at Irvington High School as a Special Education Head Teacher, Technology Coordinator, and Computer Network Administrator. He was awarded the Outstanding Teacher Award in 1984. He also taught psychology at Chabot College. He retired in 2004 and was a member of Phi Delta Kappa for 55 years.

With more free time on his hands, he became a Mason at Alameda Lodge 167 in 2003, which aligned with his beliefs of Christianity and service for others. He became a Master of his lodge twice in 2004 and 2006. He received the Hiram Award, voted on by his peers for his excellence in service and the KCCH distinction in 2005. He used his love of music to be the main organist of the lodge through 2022.
He was also a member of the Scottish Rite of Free Masonry in Oakland. It was here in 2011 that he received the distinction of becoming a 33rd degree Inspector General Honorary.

In addition to the Masons and Scottish Rite brotherhood, he was the Assistant Emergency Coordinator for the city of Fremont through the Amateur Radio Emergency Service. He also owned his own antique and collectibles business named Gertrude’s Trunk, titled after his 1969 yellow Volkswagon bug, which brought him much joy. He loved photography, woodworking and electronics in his spare time.

His bright spirit and positive influence has touched so many in the most profound and generous ways. He will continue to shine down upon and guide us all.

He leaves behind his beloved wife, Joan and daughter, Laura (Stanley) Franklin in addition to his two sisters, Barbara (Stanley) Harrison and Charlotte (Stanley) Alderfer. He loved his grandchildren, Hunter, Ryan and Kayla and his son-in-law Shannon Franklin very much. He was pre-deceased by his parents, LeRoy and Lois Stanley.

The family is forever in debt to his Mason brothers, especially Dave and his neighbor Ragu for all their help in his final days.

A memorial will be held on September 18, 2022, 3:00 p.m. at the Scottish Rite Temple, 1547 Lakeside Dr, Oakland, CA. A private military burial will be held for immediate family at Sacramento Valley National Cemetery in Dixon.