Francis and Dorothy Rose were both born and raised in the Niles area.  They lived down the street from each other.  They were always friends and would go out with groups of friends and take trips to Santa Cruz on Sundays.  Growing up, Francis was always eager to have a business.  He delivered papers for the Oakland Tribune, shined shoes, turned in bottles…etc.  Dorothy worked from an early age at Rose City Pottery for 35 cents an hour, and then for PG&E out of the Niles office.  Francis and Dorothy were married in 1948.  After mortuary school, Francis and Dorothy moved to Paradise, California to start the first Rose mortuary which opened the doors in 1951.  While living in Paradise at the mortuary, three children were added to the Rose bunch: Nancy, Michael, and Susan.  In 1958 they moved back to Fremont (known as Centerville at the time) to be closer to family.  The family of five lived with Dorothy’s mother, Irene, in Niles from August of 1958 until December of 1958 at which time they moved into the apartment attached to the mortuary.  It wasn’t even a month when the five became six with the birth of their fourth child Robert.

Fremont Chapel of the Roses

Francis G. Rose purchased the property, which was once full of apricot trees owned by William “Bill” Furtado.  Construction of the funeral home began in the spring of 1958 by Fred Diaz and was completed in the winter of 1958.  Francis opened the doors December 1958 and did everything from making removals and embalming to meeting with families and conducting services.  He is a licensed funeral director and embalmer who took apprentices under his wing periodically.  Every day was an adventure but he never gave up.  Of course, his darling wife Dorothy Rose aided him by answering doors and phones, after all their residence was in the back of the parlor.  The family did  things in shifts – such as going to church since someone always had to be at the building.  The phone rang 24/7 and kids quickly learned to not answer and be quiet, it’s business.

The first and only remodel occurred circa 1990 at this time the front of the building facing Peralta Blvd. was extended outward.

The building has been remodeled to better serve the public.  In 1989 the two car garage was converted to a small reception room and in 2005 a major remodeling of the reception room occurred, expanding it and including stained glass windows and hardwood floors.  Those wishing to have memorial services or celebrations of life events enjoy the large reception room.  The reception room has been used by community organizations when available as well as our past annual Celebration of Life program sponsored by the Rose Family.

Today, Nancy works full time while Susan comes and aids one weekend every month.  Michael is now retired, as of October of 2014.  Robert owns and operates Irvington Memorial Cemetery & Crematory.

Categories: Who We Are 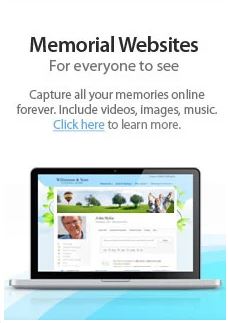